Decadent lamington balls which are easy and don’t need baking. Each has a whole raspberry, cashew coconut filling and are dipped in a luscious chocolate ganache and coconut. 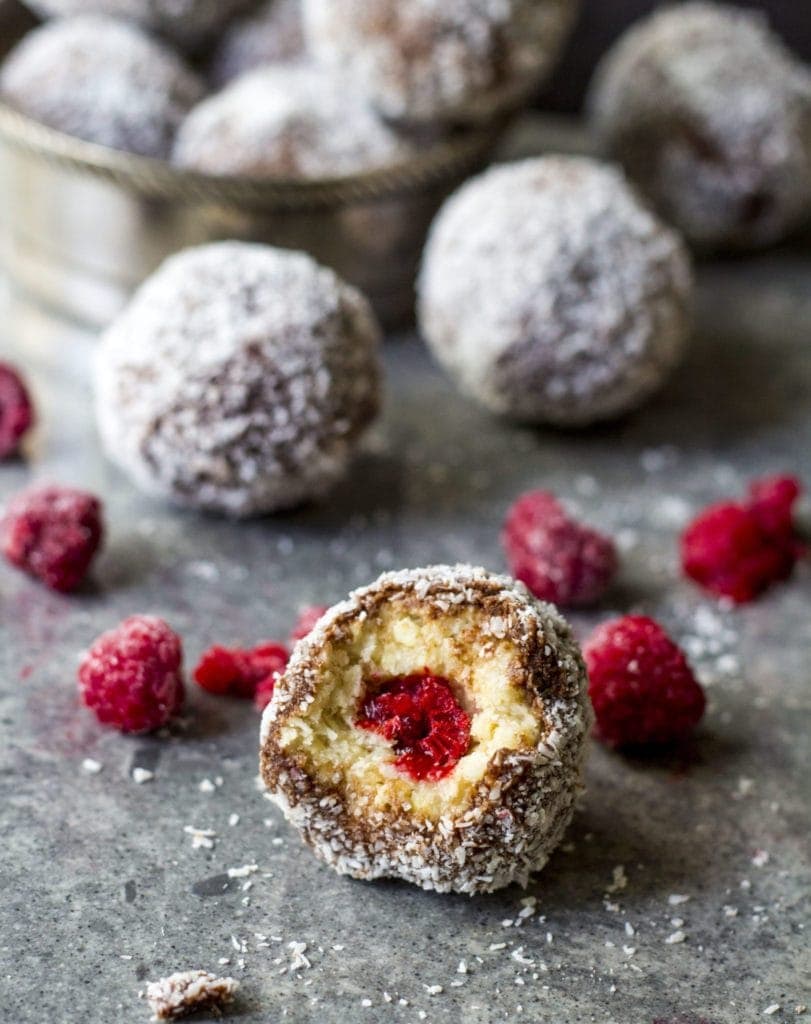 Lamingtons are a very popular Australian cake where a vanilla sponge is covered covered in chocolate and dipped in dessicated coconut. If you’re lucky, you’ll find lamingtons with a jam or cream filling! They are common in local bakeries and supermarkets in Australia.

In saying that, I’ve seen lamingtons sold in bakeries overseas which looked and tasted very similar to what I have at home. However, I have to say there is definitely a certain nostalgia from having an Aussie-made lamington!

How to make lamingtons vegan?

I haven’t published a recipe for baked lamingtons, YET. However, I made the most epic vegan lamingtons for my Melbourne book launch which people claimed to be ‘the best lamingtons they ever ate.’ I will share the recipe with you all soon, so watch this space!

For this recipe, I turned the classic lamington into an unbaked raw-ish treat by:

One of the most popular recipes on my blog is my raw vegan lamingtons with raspberry jam and cashew cream. As delicious as these are, I find it a little fiddly to make especially if you want lots of them (who doesn’t).

I took my favourite parts of that recipe and simplified it to make into a bliss ball version! These lamington bliss balls are amazing because they are so easy to eat and you get almost a bite of all flavours in each nibble! 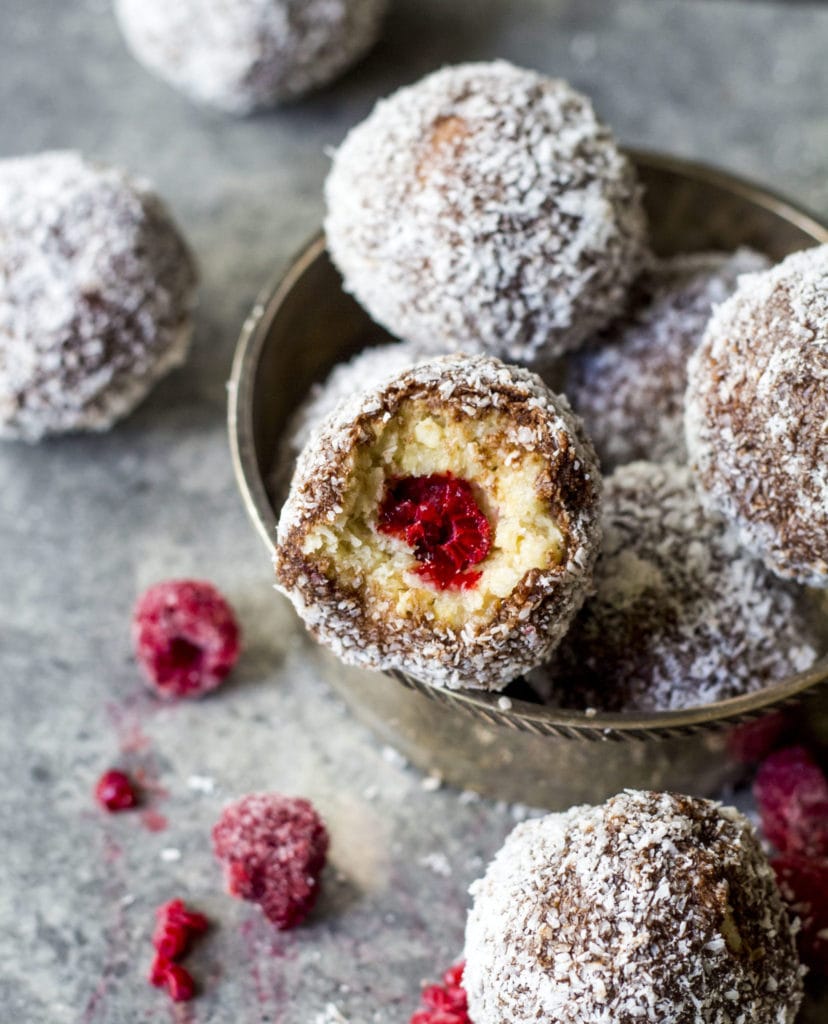 Can I make these lamington balls for non-vegans?!

YES! I made the bliss balls for several events and they were always a big hit with vegans and non-vegans.

I love serving the lamington balls at parties. They are simply the best size for guests to pick up and nibble on. Well, that’s if I don’t eat up all of the bliss balls before guests arrive ;).

Okay, how do I make these lamington balls?

I’ve also made an step-by-step YouTube video showing how to make these lamington balls.

Feel free to check out my other videos on my channel and remember to subscribe :). I hope you enjoy this recipe!

If you have any questions, please leave a comment and I will respond as soon as possible. Rainbow Nourishments receives a high number of questions through social media and email and is unable to respond to each individual query. Comments on this post are more likely to receive a response!

If you try this recipe, please leave a comment below and a star rating! This will help me, other readers and allow this blog to be seen by more people. If you post your creation on social media, please tag @rainbownourishments and #rainbownourishments.